The Queen of California Wine

When we walk into a store to buy a California Chardonnay, we rarely think about the amazing grapes that make it possible. The adaptable and versatile Chardonnay grape is one of the most popular varietals on wine lists around the world. In California, Chardonnay can be considered second only to Cabernet Sauvignon in terms of importance. There are roughly 98,000 acres of farmland dedicated to Chardonnay production in the state. This makes Chardonnay the most widely planted varietal in the state.

So why is Chardonnay so popular with California winemakers? Chardonnay displays a willingness to thrive across a broad range of vineyard locations. Combining fluidity of terroir with malleability, this stylish white grape produces sublime sips that can please every palate, from crisp and fruity unoaked Chablis to creamy oaked California Chardonnay and bubbly Champagne sparklers.

So Many Possibilities For California Chardonnay

Diverse locations, with varying terroir, allow the Chardonnay grape to express an array of different tastes and aromas. Cold climate vineyards like those in the Santa Maria Valley of California give a crisp, citrusy sip with a flinty edge. Warmer winegrowing regions like Napa allow California Chardonnay to develop rounder richer flavors tending toward tropical fruit.

The Purity of Unoaked California Chardonnay

Highlighting the varietal's natural flavors, unoaked Chardonnay clearly presents nuances inspired by terroir without the effects of aging in oak barrels. These wines are often aged in stainless steel, concrete, or neutral oak tanks and barrels that do not alter the varietal's inherent characteristics. Some of the best California Chardonnay is never aged in Oak. This means there are no vanilla and cedar notes you would find in a California Chardonnay aged in Oak.

Rich, Round, and Oaked

Oaked Chardonnay is infused with a number of flavors and aromas during the aging process. Spending time in contact with the wood creates pleasing aromas like cloves and cinnamon, while buttery caramel, smoke, and vanilla flavors develop.

There are cases where too much contact in new oak will produce dramatic cedar notes in the wine. This can be unpleasant and overwhelm the natural characteristics of the California Chardonnay grape. But in the right balance, oaked California Chardonnays can deliver great complexity.

Using a special technique known as Méthode Champenoise, Chardonnay grapes get an additional fermentation in the bottle with added yeasts and a sugar mix called dosage to transform still wines into sparkling wines. The blanc de blanc Champagnes are made from 100 percent Chardonnay grapes. While there are other ways of putting the 'pop' into the bottle, this is by far the best.

You can find wine producers in California using both the Méthode Champenoise and the less traditional tank method to create sparkling wines from Chardonnay.

Warm vs. Cool Terroir, and a Creamy Difference

Wines made with grapes grown in cooler climates are often left unoaked, delivering a clean, crisp, fruity wine with clarity, minerality, and punch. Oak aging is far more prevalent among the wines grown from grapes in warmer regions, giving them a rich, round fullness from slowly ripened fruit.

All undergo a single fermentation but some are put through an additional step called malolactic fermentation. This technique converts tart acids leaves a lush, creamy texture and a buttery taste. Many people now associate California Chardonnay with the oaky and buttery style, but there are many examples of cleaner crisper Chardonnays throughout the state.

Don't Order Any Wine On The Internet Before You Click Here

Chardonnay is an Old World noble grape variety bearing French heritage. It is a cross between Pinot Noir grapes and the now obscure Medieval Gouais Blanc variety. It has quietly produced high-quality wines in the Macon region since the middle ages. Traveling to the New World in the late 1800s, oenologists at the University of California and winegrowers from around the state were eager to unpack the gifts this new vine brought across the Atlantic.

Traveling to the New World in the late 1800s, oenologists at the University of California and winegrowers from around the state were eager to unpack the gifts this new vine brought across the Atlantic.

By the early 1900s, vintners were importing and cloning Chardonnay vines from Burgundy, but after the challenges of Prohibition, California Chardonnay vineyards occupied a meager 150 acres. Through research and experimentation, heartier vines resistant to California viruses produced higher yields and improved quality. The Wente vineyard in Livermore, California played a key role in proving the viability of California Chardonnay. Their success was replicated by competing vineyards. This lead to steadily growing acreage that reached 7000 acres of Calfornia Chardonnay in the mid-1970s.

The Chardonnay produced in California is shipped across the country and around the world. 54 million cases of it are being produced by California wineries. Winemakers in the state crushed 718,ooo tons of Chardonnay grapes in 2015 and the numbers continue to trend up.

Another trend is to produce lower alcohol California Chardonnays. These wines are either made from fruit that is less ripe or the winemakers process the wines after fermentation to achieve an alcohol content that is close to 12%.

People are often confused about why we need a vegan wine designation. To qualify as a vegan California Chardonnay, the wine must be clarified (impurities removed from the liquid) without using animal proteins. A vegan Chardonnay can be clarified using filters or could be left unclarified.

Varietal Flavors and Aromas (Arrange from Cool to Warm Climates) 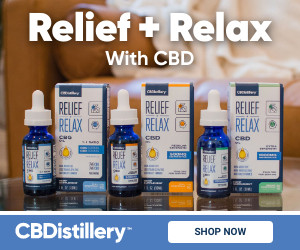 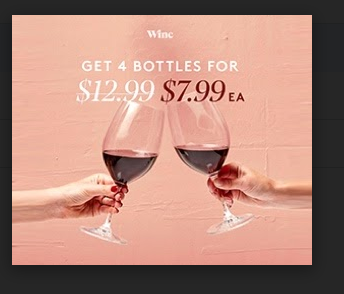 The Top 10 Wineries for Napa Insiders

We are often asked, “What are the top wineries for Napa insiders?” If you have been wine tasting in Napa Valley, you’ve probably hit some […]

Head over to the first wine tasting skills article if you’re just now joining us. Everyone else, strap in and put on your helmets; we’re […]