Where are the best cabernet sauvignon wines coming from? There are so many great Cabs produced in California in a given year that's it's often hard to choose an annual "best of". We wanted something that would last a little longer than a one year list of the best Cabs. We went looking for consistency. We wanted to know which wineries make the best Cabernet Sauvignon wines year after year.

We came up with a list for you that represents our favorite Cabernet Sauvignon winemakers in the state. Of course, there may be fluctuations in who the hot winemaker is next year or the year after, but we know we can rely on these ten wineries whenever we are out looking for a bottle of the top Cabernet Sauvignon or a Bordeaux blend.

David Ramey is one of the most influential names in California winemaking—and one of the most opinionated voices! All of his wines—from his single-vineyard Chardonnays to his cool-climate Syrahs—are stunning and quintessentially California.  His ability shines in his Cabernets, as well: the Annum Cabernet Sauvignon is a bold and spicy special occasion wine, but for my money, the consistency of the Ramey Claret makes it one of my go-to’s.  The 2015 Claret (the name comes from the old English term for Bordeaux wine) is sourced from Napa, Mendocino, and Russian River, and is 72% Cabernet Sauvignon, 20% Merlot, and a touch of Malbec, Syrah, and Petit Verdot.

Click Here to buy some of the best Cabernet Sauvignon available. 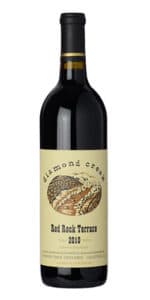 If a winery is successful and they only produce Cabernet Sauvignon, then you can bet they probably make some of the best Cabernet Sauvignon around.  Example A: Diamond Creek.  Founded in 1968, Diamond Creek is a legendary Napa producer.  Their five vineyards—you may have heard of Volcanic Hill, Red Rock Terrace, or Gravelly Meadow—are located near Calistoga, and highlight the micro-climates of the region. 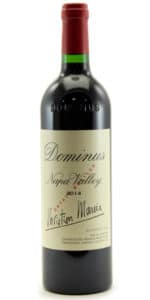 Ever heard of a little wine called Château Pétus? Pétrus is a monster in the world of fine-wine and arguably the most important winery in Pomerol, Bordeaux.  For 38 years it was directed by one Christian Moueix—who now produces Dominus Estate out of Napa Valley.  Bringing old-world sensibility to the new world, Moueix makes the flagship Dominus and its little brother, Napanook—both consistently delicious while also showcasing the character of each vintage. When you are looking for a winery that consistently makes the best Cabernet Sauvignon based wines, you can't do much better than this.

Focused on cool-climate Cabernet Sauvignon, Coho is widely respected for both producing world-class wines and protecting the environment in which they are grown.  Named after Coho Salmon, Coho produces a Napa Valley-appellation Cabernet Sauvignon, sourced from Diamond Mountain, Yountville, and Coombsville, that is suitable both aged and enjoyed upon release. 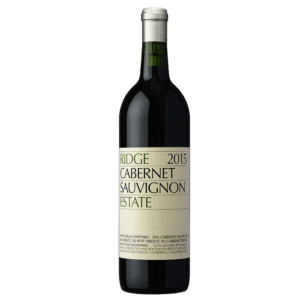 High up in the Santa Cruz Mountains sits the Ridge Monte Bello Estate, where a wine of the same name is produced from historic California vineyards.  Ridge produces a variety of wines, many utilizing old-vine Zinfandel and blending techniques.  Arguably their most important wine, though, the Monte Bello, is a Cabernet Sauvignon-based blend—one you may have heard of for its famed performance in the 1976 “Judgement of Paris” competition.  The wine that was entered into the competition was the 1971 vintage—but right up to current vintage the Monte Bello remains one of the best Cabernet Sauvignon blends out of California.  Ridge also makes an Estate Cabernet Sauvignon at a more approachable price point.

Another historic Napa producer, Heitz Cellar was founded in 1961 and has three generations of the Heitz family involved at the winery.  In 1966, Joe Heitz produced a Cabernet Sauvignon from Martha’s Vineyard that was so distinctive they added the name of the vineyard to the label—making it the first vineyard-designated wine in Napa Valley.  Over 60 years later this, as well as their Napa Valley Cabernet Sauvignon, are still ranked among the best terroir-driven Cabs in Napa. 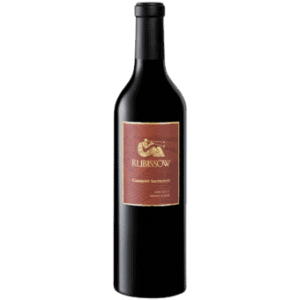 Located in rugged Mt. Veeder, Rubissow makes a small portfolio of single-vineyard wines. Their Cabernet Sauvignon shows the concentrated dark fruit and wild herbaceous quality the region is known for.  The wines are a textural masterpiece, balancing power with silkiness and acidity. Cabernet Sauvignon drinkers will also love their Merlot—one of the best in Napa and one which can stand up to any Cabernet at the table.

In a sea of Napa Cabs, enter Laurel Glen. Founded in 1968, their Estate Cabernet is from Sonoma Mountain. While current vintages are still stunning, this wine ages beautifully and the winery does a great job of holding back vintages to be released at a later time.

Naturally fermented and bottled unfined and unfiltered, the O’Shaughnessy wines are amongst the silkiest and supple Cabernets in Napa. Each year I am astounded by how winemaker Sean Capiaux crafts wine that is so rich, almost sweet, chocolatey, succulent, with incredibly ripe tannins—that is yet somehow well-balanced. I have called this the Amarone of Cabs and meant it fully as a compliment. O’Shaughnessy Estate produces Cabernet Sauvignon from Napa Valley, Howell Mountain, and Mt. Veeder.

Out of Paso Robles, JUSTIN’s flagship wine is actually a Cabernet-based blend called Isosceles. This is great news for us because it means their varietally-bottled Cabernet Sauvignon is both incredibly affordable and incredibly delicious.